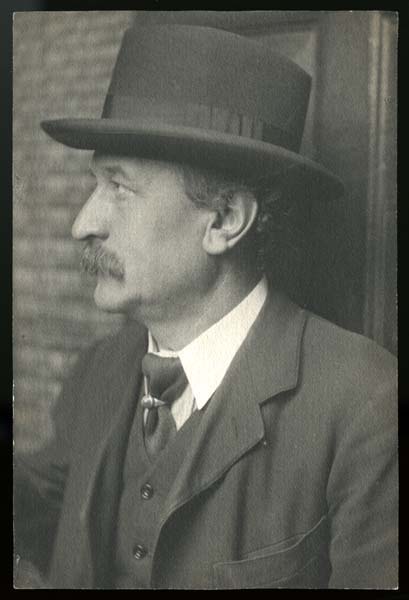 The Dove at no. 19 Upper Mall is one of the oldest public houses in the Hammersmith. Initially a coffeehouse, it became a tavern in 1796. Overlooking the Thames (a prized spot from which to view the Boat Race every April), the house boasts a long list of famous drinkers, including the likes of Charles II and Nell Gwyn (allegedly), William Morris (who lived next door until moving to Kelmscott House), Ernest Hemingway, Graham Greene, and numerous actors such as Richard Burton, David McCallum and Robert Vaughn. Novelist and politician Alan Patrick Herbert, author of The Water Gipsies (1930) in which the pub appears under the name of the Pigeon, was also a regular. Scottish poet and playwright James Thomson is said to have penned ‘Rule Britannia’ there while visiting the pub. Ever since, English patriotism focused on the figure of Britannia. In eighteenth century medals and prints she was invoked as patron to the sovereign and the British people. Throughout succeeding reigns, Britannia’s allegiance to the throne continued on commemorative medals showing her attending royal coronations, marriages, births, and deaths. Thomas Arne’s rousing setting of Thomson’s poem (1740) is still belted out at the Last Night of the Proms or by an inebriated barmy army of England cricket supporters.

No. 7 Hammersmith Terrace is a tall Georgian house on the Thames. This, the only authentic Arts and Crafts interior in Britain (it is run by a small charitable trust), was the property of the printer Emery Walker, friend and mentor to William Morris. London-born Walker was a coachbuilder’s son. He left school at thirteen to support the family after his father lost his eye-sight. Having tried his hand at various jobs, he started work for a printer who was developing photo-engraving techniques for reproducing works of art. In printing Walker found his calling. Soon he set up his own company. He moved to Hammersmith Terrace in the late 1870s where he established himself as a leading figure in both cultural and political circles. He was closely involved with key bodies that propagated the ideals of the Arts and Crafts movement, including the Art Workers’ Guild, the Society for the Protection of Ancient Buildings, and the Arts and Crafts Exhibition Society. William Morris lived and worked in close vicinity. Shared socialist beliefs drew the two men together in the early 1880s. The love for printing cemented their friendship. A lecture given by Walker in 1888 at which he projected slides of photographs he had taken of fifteenth-century typefaces gave Morris the idea for the last great project of his life, the Kelmscott Press. Walker acted as an unofficial advisor to the Press.

Thomas Cobden-Sanderson was a person living on a high intellectual plane. As a young man he had read Carlyle, Goethe, Spinoza, Wordsworth, and Alexander von Humboldt. These authors became his lifelong intellectual companions. Anne Cobden was the fourth daughter of politician Richard Cobden. She attended the Women’s Suffrage Conference held in London in April 1871 and soon afterwards joined the London Society for Women’s Suffrage. She mixed with most the outstanding suffragettes of her day and was involved in social work in London’s deprived East End (a ‘must’ to any progressive thinker at the time). In August 1882, she married Thomas Sanderson and they adopted Cobden-Sanderson as the family name. As friends of William Morris, they were closely involved with the Arts and Crafts ideology. During a dinner party William Morris’s wife Jane Burden persuaded Thomas to take up book-binding. In 1884 he gave up his job as a barrister to become a binder. In 1900, Anne and Thomas established the Doves Press at Upper Mall. They asked Emery Walker to join them as a partner. The private press was named after the nearby pub.

Their ambition was to print great literature in monumental form, to make a book beautiful with type alone. The ‘Doves Type’, commissioned by Cobden-Anderson and designed by Walker, was based on Venetian types used by Nicolas Jenson from the 1470s. The typeface was cut by Edward Prince, one of the few remaining master punch-cutters of his age, who had cut many of the private press faces including all three of the Kelmscott Press. Their books however were the complete opposite of those printed at Kelmscott. Morris’s ornate style was rejected for clean, elegant pages that emphasized fine typography. Some fifty titles were printed at Doves between 1900 and 1916. Goethe, Wordsworth, Milton, and Shakespeare were among the chosen authors. They are all similar in layout and employ the Doves type. They were bound at the Doves Bindery. Critics generally consider the Doves Bible to be the masterpiece of the Press. It was published in five volumes between 1903 and 1905. Each volume of the Bible contains a large number of hand-lettered initials representing a skilful merger of calligraphy and typography. The initial letters were drawn by Edward Johnston, teacher of Eric Gill, and an artist who is often referred to as the ‘father of modern calligraphy’. The Press produced the Bible one volume at a time for subscribers who paid in advance. As soon as Walker and Cobden-Sanderson issued volume five in June 1905 they announced that the Doves Bible was out of print.
The partnership between Cobden-Anderson and Walker was dissolved when the latter left in 1909. It all ended in a protracted and bitter dispute. It had been agreed that all rights to the type were to pass to Emery Walker upon the death of Thomas. Yet, when the press finally closed in 1916, an angry Cobden-Sanderson took the type along with its punches and matrices to Hammersmith Bridge and chucked them into the Thames. The Doves Typeface was lost forever. 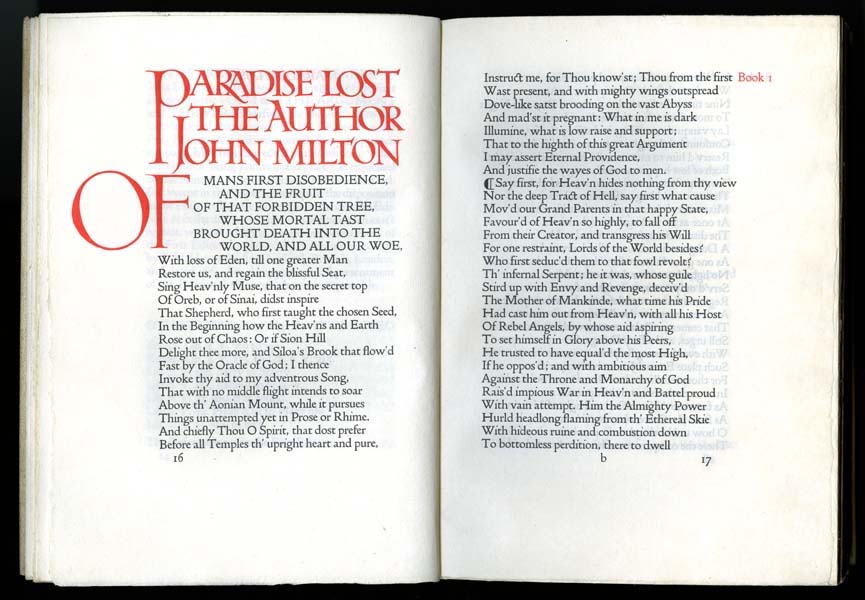