The Pillars of Hercules is the ancient name given to the mountains that flank the entrance to the Strait of Gibraltar (Gibraltar in Europe and Monte Hacho in Africa). It has its origin in Greek mythology. To accomplish his tenth labour, Hercules had to journey to the end of the world. Eurystheus ordered the hero to bring him the Cattle of Geryon. On his way to the island of Erytheia, Hercules had to cross the massive mountain that was once Atlas. Instead of climbing the obstacle, he decided to use his strength to smash it. Hercules split it in half using his indestructible mace or club. By doing so, he connected the Atlantic with the Mediterranean and formed the Strait of Gibraltar. 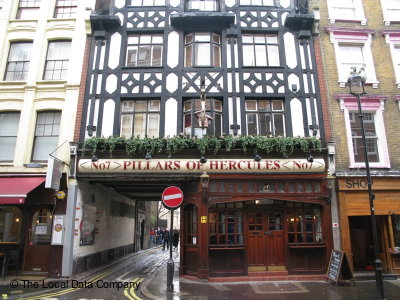 The Pillars of Hercules is an appropriate name for a public house located in Greek Street. Soho has at various times attracted waves of immigrants. Many of the former grand buildings were split up in multiple dwellings in order to give room to those who could only afford cheap residences. Greek Street is just one reminder of the many people who were forced to make London their new home. The public house was built around 1910, but the original tavern dates back to 1733. The establishment is mentioned in Charles Dickens’s A Tale of Two Cities and the road at the side of the pub through the arch is named Manette Street, after Dr Mannette, one of the characters from the story. From the eighteenth century onwards artists and writers, attracted by the cosmopolitan flavour of the area, flocked into Soho.

One of them was Giacomo Casanova. He stayed in Greek Street during a period in his life that he was beset by money troubles. He had arrived in London on the afternoon of 13 June 1763. It was his first visit to the city, and his first port of call there was Soho. Carlisle House in Soho Square was the home of Teresa Imer, Casanova’s childhood friend and the mother of his ten-year-old daughter, Sophia. The last time Casanova had seen Teresa had been in Holland in the winter of 1758/9 when she had been a penniless singer. In the intervening four years she had turned her life around. Using the pseudonym of Mrs Cornelys she had become London’s leading music impresario. She received him in a cool and distant manner. He would never forgive Teresa afterwards for the off-hand way she treated him. 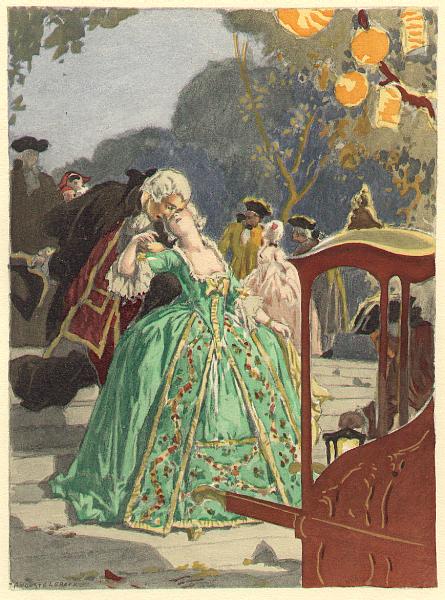 Whilst in Soho, Casanova became besotted by a young courtesan. French-born Marianne de Charpillon lived in Denmark Street with her Swiss mother and other women who specialized in robbing men of their money. From the moment she met Casanova, she tormented him. No matter what gifts he lavished on her, she refused to have sex with him. Deeply frustrated Casanova resorted to violence, for which Marianne had him arrested. He took his revenge by teaching a parrot to say, ‘Miss Charpillon is more of a whore than her mother’ and putting it on sale at the Royal Exchange in the City. Casanova had never been rejected by any woman in that manner, and the experience damaged his self-confidence as a lover. In Marianne de Charpillon, the seducer had met his nemesis.

Casanova’s presence in London would have an interesting follow-on in the history of publishing in the capital. Modernist poet John Rodker, son of a Jewish immigrant corset-maker from Poland, was one of the ‘Whitechapel Boys’, a group of artists who met together in the pre-war period in the area around Whitechapel Art Gallery. A conscientious objector during the war, he had been on the run before being arrested in April 1917, imprisoned, and then transferred to the Home Office Work Centre at Dartmoor. In 1919 he started the Ovid Press, a private press which lasted about a year. It published T.S. Eliot and Ezra Pound (the first edition of Hugh Selwyn Mauberley) and portfolios of drawings by Wyndham Lewis and others. That same year Rodker took over from Pound as foreign editor of the New York magazine The Little Review. While working in Paris in 1922 on the second printing of James Joyce’s Ulysses, Rodker met his future mother-in-law, the literary translator Ludmila Savitzky. Together, Rodker and Pound persuaded Savitzky to translate Joyce’s A Portrait of the Artist as a Young Man into French where it appeared under the title Dedalus in 1924. Back in London, he established the Casanova Society. Beginning in 1923 the Society issued expensive limited editions of classical literature in newly commissioned translations by Arthur Machen, E. Powys Mathers, and others, including Casanova’s steamy erotic memoirs.

Poet and opium addict Francis Thompson was for many years a London vagrant. There is a story relating the fact that one night in 1888 Thompson, destitute and drunk, had collapsed in the doorway of the Pillars of Hercules where he was rescued by Wilfred Meynell, the man who later would take care of the publication of the poet’s work. The story is likely to be inaccurate, but it typifies Thompson’s life style. From a devout (convert) Catholic background, Francis Thompson was trained as a doctor but never practiced and moved to London instead. He arrived with literary ambitions. In the capital he was reduced to selling matches and newspapers for a living. By this stage, Francis was already a drug addict. His interest in opium seems to have been the result of reading Thomas de Quincey’s Confessions of an English Opium-Eater given to him by his mother for his eighteenth birthday. Opium, particularly in the form of laudanum, would have been easily available to Thompson, both in his father’s clinic and in college. It was also legally obtainable from pharmacists. In London he attempted suicide, slept rough under the arches at Charing Cross, lived for a while with a prostitute who gave him lodgings and shared her income with him. Though he never revealed her name, Thompson was later to describe her in his poetry as his saviour. But she disappeared one day and never returned.

In enclosing the accompanying article for your inspection, I must ask pardon for the soiled state of the manuscript. It is due, not to slovenliness, but to the strange places and circumstances under which it has been written … I enclose a stamped envelope for a reply … regarding your judgement of its worthlessness as quite final … Apologizing very sincerely for my intrusion on your valuable time, I remain, Yours with little hope,

The parcel included the moving poem ‘The Passion of Mary’. All attempts to trace the author failed, until Thompson noticed that one of his poems had been published in Merry England. Meynell’s hope that the author after publication would reveal himself, proved correct. One day in the spring of 1888, a man in ragged clothes, looking aged and ill, presented himself at his office. It was Francis Thompson. The meeting with husband and wife Meynell marked the beginning of a creative period in Thompson’s life. The Meynells watched over their prodigy. On more than one occasion they arranged for him to time in a monastery as a means to overcome his opium addiction. The first of these extended retreats was at the Norbertine monastery of Storrington in 1889, during which period, Thompson composed his most enduring poem, the autobiographical ‘Hound of Heaven’ that tells of God, who does not abandon, but pursues the most wayward soul. During the last period of his life, he was to produce three volumes of poetry. 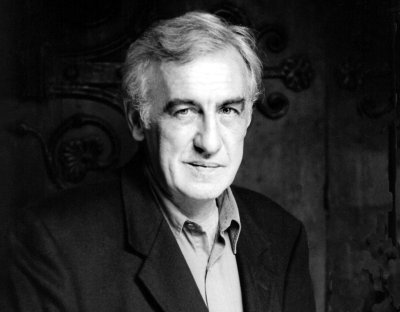 More recently, the Pillars of Hercules was favoured by a number of notable figures from the London literary scene, including Martin Amis, Julian Barnes and Ian McEwan. Poet and critic Ian Hamilton lived a bohemian life in Soho, his office was an anteroom to the Pillars, his ‘Mermaid’s Tavern’. During the 1970s the Pillars became the ‘outer office and club room’ of the literary magazine The New Review (based next door at no.11) which was edited by Hamilton. The title of a testimonial collection of work Another Round at the Pillars pays tribute to the house where Hamilton was known as the ‘Gaffer’. Until the closure of the magazine, he introduced many young writers and for a while, the New Review group dominated London literature which drew occasional accusations of a ‘literary mafia’. The second collection of literary essays by Clive James, entitled At the Pillars of Hercules, was first published by Faber and Faber in 1979. The title indicates that most of the pieces within it were delivered or written at the tavern. James was most likely not aware of the fact that the title of his collection was not an original one. In fact, the same title had been used over a century previously.

David Urquhart was a Scottish-born diplomat and author who had been educated in France, Switzerland and Spain. In 1827 he joined the Greeks in their War of Independence. He spent many years as a diplomat in Constantinople. In England, he was an outspoken opponent of Lord Palmerston’s foreign policy. The action of England in the Crimean War provoked his indignant protest. To expose the government, he founded the Free Press in 1855 (in 1866 renamed the Diplomatic Review), which numbered Karl Marx among its contributors. However, he is remembered for quite a different achievement: Urquhart introduced the idea of hot-air Turkish baths into Great Britain. Previously, Turkish baths had been associated with prostitution. By the middle of the eighteenth century Soho and Covent Garden were full of seedy lodging houses and an astonishing number of Turkish baths, most of which were brothels. John Fielding, the magistrate, called Covent Garden ‘the great square of Venus’. Urquhart however advocated their medical use in the Pillars of Hercules (1850). Irish physician Richard Barter had started experimenting with water and hot air therapy during the cholera epidemic of 1832. Unlike many early hydropaths (hydrotherapy was once called hydropathy), Barter continually experimented with hot waters, finally opening a luxurious Turkish bath in 1856, modelled on those that had been described by David Urquhart. 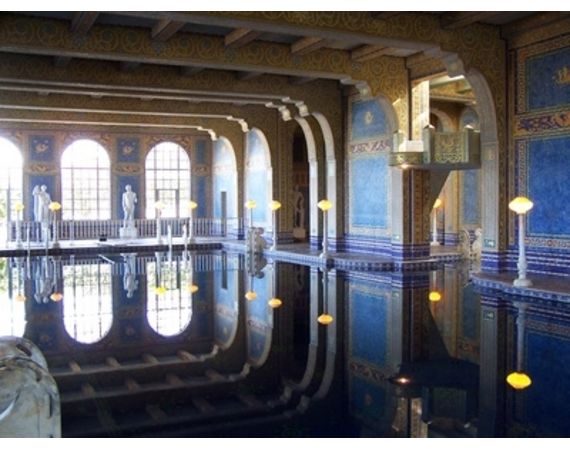