The site of Tyburn Tree at the junction of Edgware Road and Oxford Street was for over 700 years a place of execution. Until 1783 Tyburn served as London’s primary place of hanging, burning and gibbeting. Public displays of executions were once a vital part of the criminal justice system which relied upon fear of retribution.

The main purpose of severe penalties for even relatively minor crimes was that they would serve as a deterrent. After re-development in the mid-1800s the area became known as Tyburnia. It was laid out with grand squares and cream stuccoed terraces. Thackeray described this residential district as ‘the most respectable district of the habitable globe’. Not a place one would expect political radicalism to manifest itself – and yet, it did.

On a left-hand corner in Westbourne Terrace one of the last of the original detached houses still stands (now turned into flats). The splendid mansion is named Orsett House. On the evening of 10 April 1861, the property was ablaze with light from thousands of gas-jets, and packed with celebrating Russians, Poles and other émigrés from the Slav nations, as well as a few English radical thinkers, and fellow exiles such as Italian nationalist Giuseppe Mazzini and French socialist Louis Blanc. 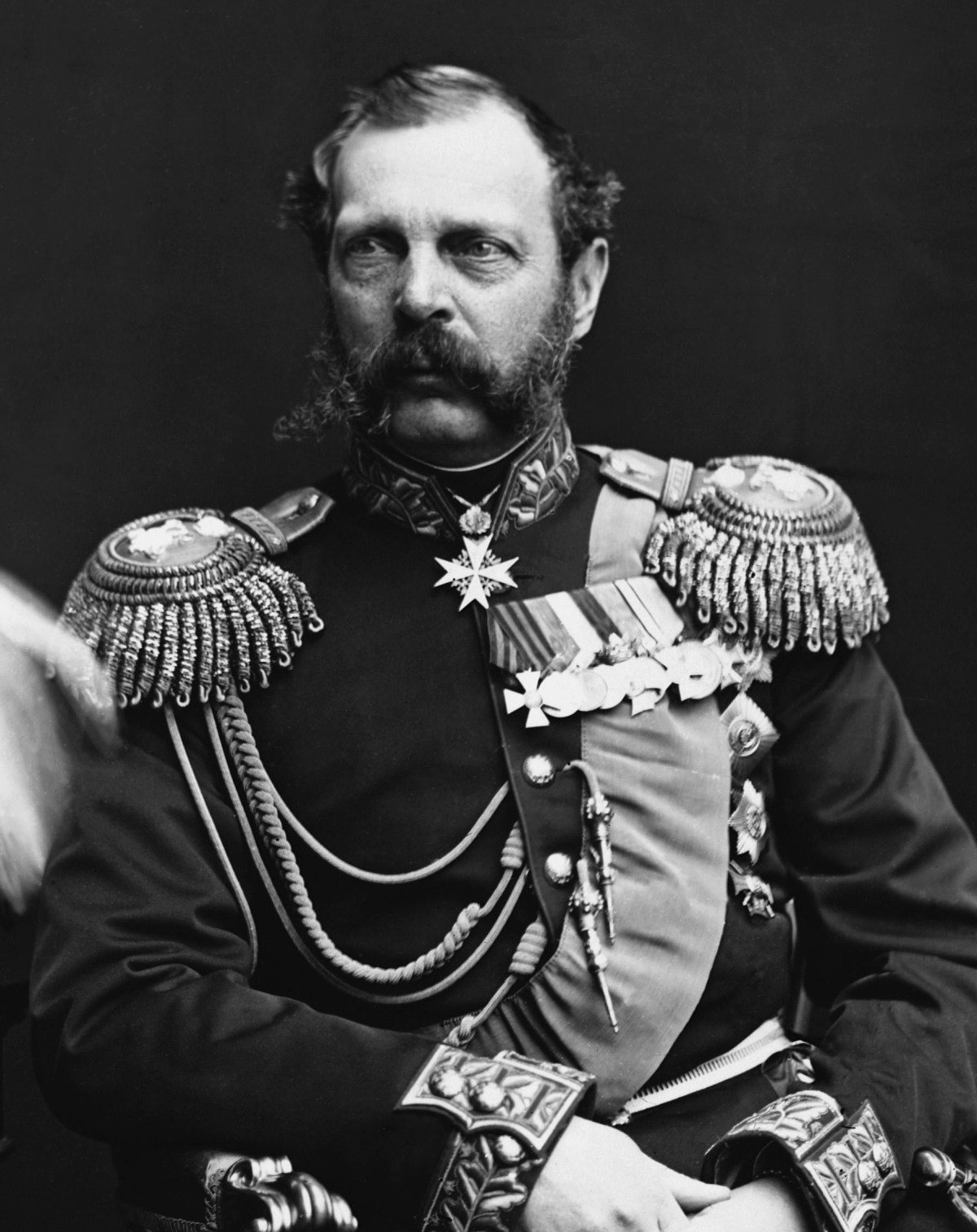 It was a grand occasion to celebrate the Emancipation Reform under Alexander II which effectively abolished serfdom throughout the Russian Empire. Over the portico of the house two banners flew in the wind with messages of The Free Russian Press on one, and Freedom of the Russian Peasant on the other. Host and organiser of this red hot European party was Alexander Herzen, the first self-proclaimed Russian socialist and the most significant of all the activists who spent years of political exile in nineteenth century London.

Herzen was born in 1812 in Moscow at a time that the city was being evacuated in the wake of the defeat by Napoleon’s armies. He was the illegitimate son of a wealthy landowner and a German woman whom his father had met while in diplomatic service. In 1829 Herzen entered the University of Moscow to study natural sciences and became the leader of a small group of radical students. In 1834, he and his closest colleague, the poet Nikolai Ogarev, were arrested. He spent six years in prison. In January 1847 Herzen left Russia for Paris with his entourage (wife, three children, his mother, a tutor, and two female dependents) and most of his capital – hardly a stereotype case of revolutionary exile. None of them would see Russia again. 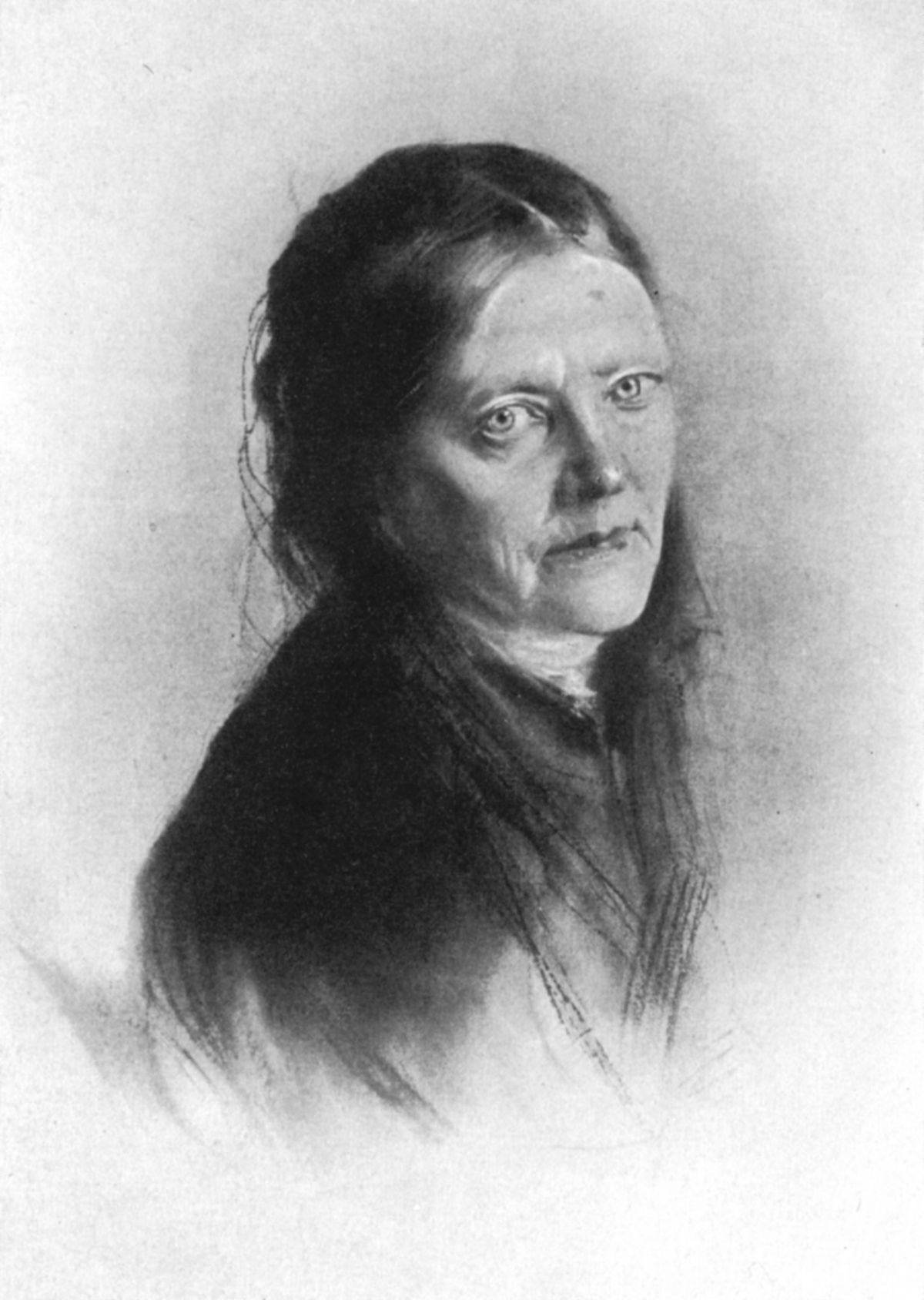 After the disillusion of the failed 1848 revolution, Herzen moved to London and lived in the capital for some twelve years, first alone, and then with his family, accompanied by the German writer Malwida von Meysenbug, who acted as housekeeper and governess to his children from 1853. Malwida Rivalier von Meysenbug is an intriguing person in her own right. She was born on 28 October 1816 at Kassel in Hesse. Her father, Carl Rivalier descended from a family of French Huguenots and was the principal minister for two Archdukes of Hesse-Kassel. He was granted the vacant Meysenbug title and was later raised into the Habsburg aristocracy. The ninth of ten children, she broke with her family because of her political convictions. She was an avowed democrat and supported demands for constitutionalism in the German states. During the years preceding the 1848 revolutions in Europe, Malwida was more radical than many male revolutionaries in that she advocated equal opportunity for women in education and employment. When Meysenbug moved to Berlin she was placed under police surveillance for mixing in ‘suspicious’ company. Forewarned in May 1852 of her impending arrest she fled by way of Hamburg to London where she became a prominent member of the refugee community. She supported herself by writing romantic novels and short stories with underlying themes of egalitarian utopian societies. More significant are her Memoiren eines Idealistin, the first volume of which she published anonymously in 1869 (followed by two subsequent parts in 1875 and 1876). 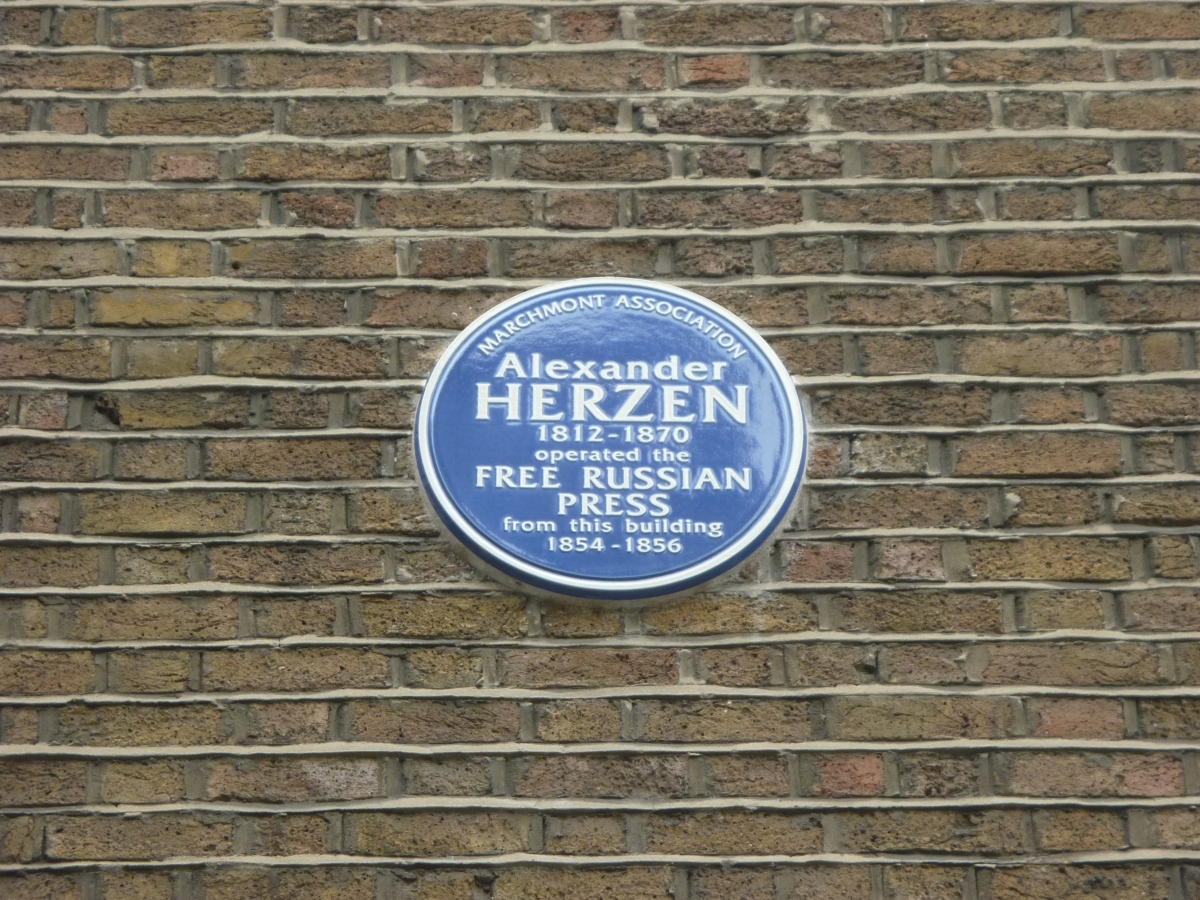 Throughout his stay in the capital, Herzen moved around between dozens of addresses, before settling at Orsett House in November 1860. His life in London was conducted mainly in Russian circles, but he remained a private figure who concentrated on intellectual and propaganda work. In the spring of 1853 he established the ‘Free Russian Press in London: to our Brothers in Russia’. Its printing press was initially housed alongside that of Democratic Poland published by the Polish Democratic Society at no. 38 Regent Square. The arrangement with this society of fellow exiles lasted almost eighteen months, until December 1854 when it was feared that the bailiffs might move in. The Free Russian Press moved to no. 82 Judd Street (in 1857 the office moved to no. 2 in the same street). It was here that the work of the Press took off. In 1855, he published the first volume of Poliarnaia zvezda (The Polar Star). Much of the first volume was written by Herzen himself, although it also contained letters by Michelet, Proudhon, Mazzini, and Hugo, and the correspondence between Belinsky and Gogol.
In April 1856 his former comrade Nikolai Ogarev arrived in London and joined Herzen in working on the Press. It was at no. 2 Judd Street that the Free Russian Press built its reputation with the publication of the weekly newspaper Kolokol (The Bell) which ran from 1865 to 1867 with a circulation of up to 2,500 copies.

During Herzen’s residence at Westbourne Terrace numerous compatriots travelled to London to visit him, including Turgenev, Tolstoy, Dostoevsky, Nekrasov, Bakunin, Vasily Botkin, and others. On Sundays, Orsett House was the place to be. The family remained at the residence until June 1863, and then moved out again, this time to Elmfield House, Teddington. Herzen’s inability to settle in exile reflects the restlessness of his mind. He finally left England in 1864. Herzen is the author of a set of magnificent memoirs entitled My Past and Thoughts which are an irreplaceable time document for the European socio-political developments of the day. His presence in London does not take up a prominent part in these memoirs. What the metropolis offered him was anonymity. To him, London was ‘adapted for training one away from people and training one into solitude’. This suggestion implies a paradox of political exile: by its very condition it denies the here and now, it looks forward by always looking back, escaping into an almost Confucian dream. Exile and nostalgia are not synonymous, but they stem from similar experiences. They are stories of loss and memory. Nostalgic memory may bring some solace, but the sigh of separation from place, language and culture is forever present. This pain hits exile and newcomer alike. It weighs heavier on the former who lives in anticipation of an imminent return home. The exile is – psychologically at least – banished for the short term. He hates the past, despises the present, and dreams of the days ahead. He seeks consolation in futurity. Utopia is a dissociation from the here and now. Living in the present in order to effect social change is a more difficult task. Herzen was well aware of the challenge and this realisation gives his memoirs their lasting relevance. 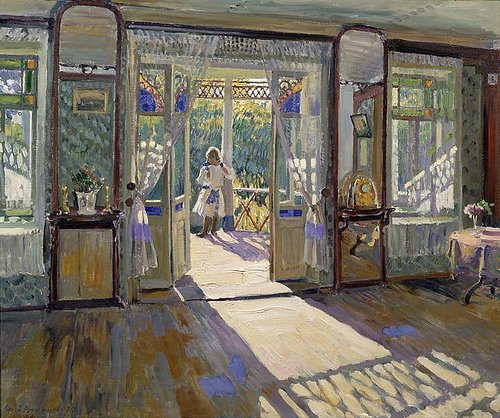