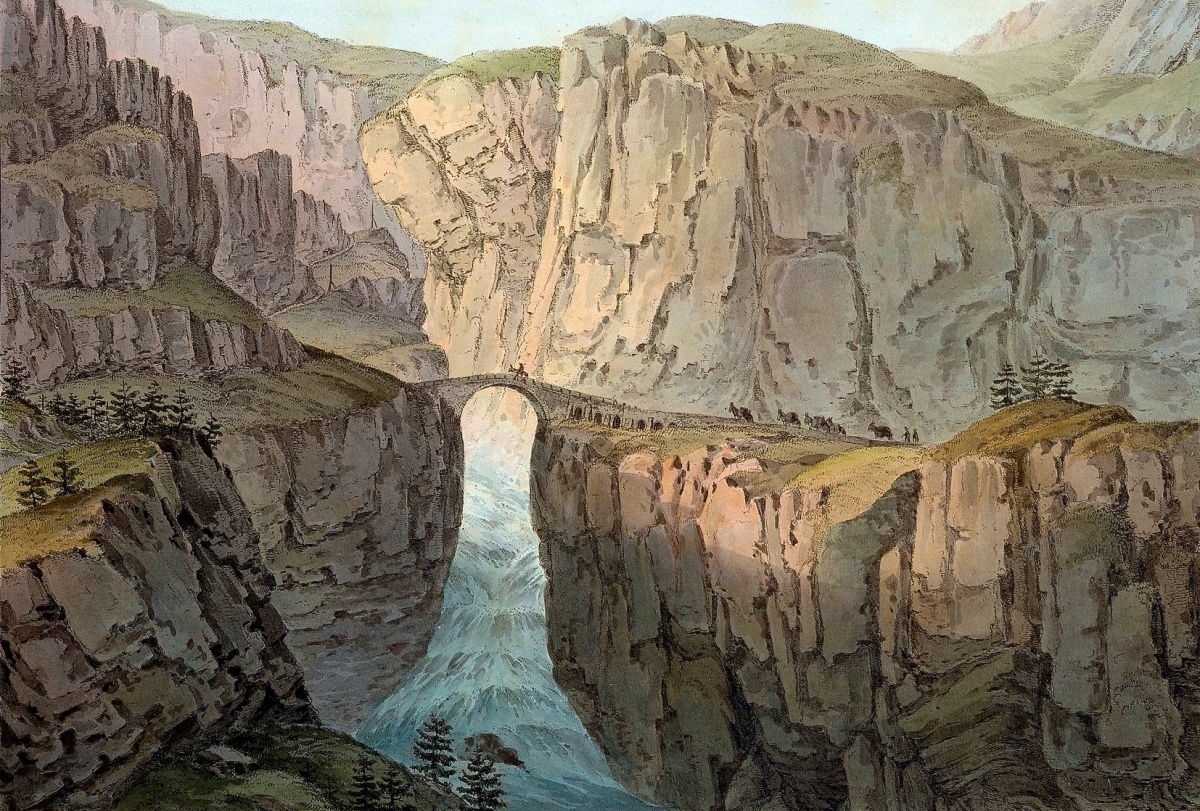 Engraver and landscape painter was born at Chambéry in 1755. He entered the engineering school at Mezières and, in 1775, joined the Sardinian army as an engineer. At this time Sardinian territory extended into what is now Provence, and Beaumont was working as a hydraulic engineer at Nice, where he met the Duke of Gloucester who engaged him in 1780 as a teacher of mathematics to his children.

Beaumont then accompanied the Duke on his travels in the Alps. A few years later he travelled through the Maritime Alps from Cuneo in Italy to Nice by the newly constructed road across the pass of Lanslebourg. In the 1790s he went through the Lepontine Alps, from Lyons to Turin. Beaumont’s accounts of these journeys show a lively interest in the classical and geographical history of the area. Published in folio, these accounts are embellished with maps drawn by himself and by drawings in simple and sepia-washed versions, the latter coloured by Bernard Lory the elder.

The books were printed in London by C. Clarke and sold by the bookselling firm of Thomas and John Egerton at their office at no. 32 Charing Cross (opposite the Admiralty). Once settled in London, Beaumont went into partnership with Thomas Gowland and employed Dutch artist and diplomat Cornelius Apostool as engraver. Between 1787 and 1806 he published a series of views Switzerland, Mediterranean France, and Piedmont. He afterwards took to landscape painting. Under the Empire he retired to La Vernaz in the Haute Savoie where he reared sheep. He died in 1812.