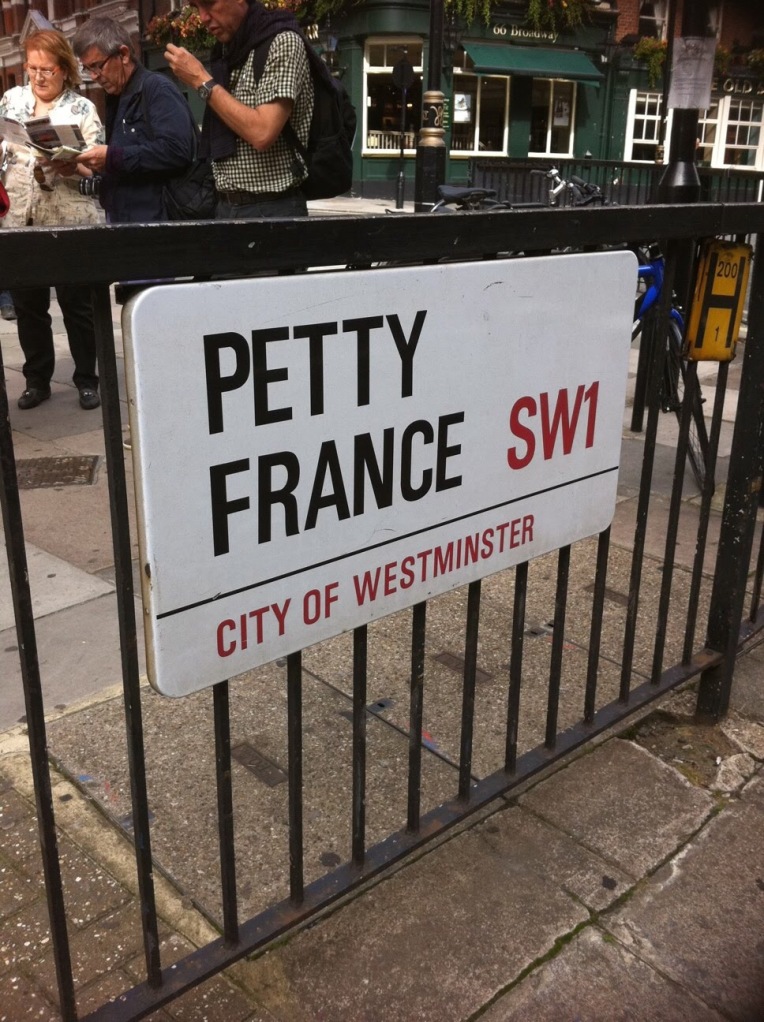 There are many ironies in the turbulent history of Anglo-French relationships. One of those is that the British Ministry of Justice is located at no. 102 Petty France. The name of the street refers to the settlement of Huguenot refugees there. It is also used to refer to the area in the vicinity of the street, the seventh Ward of Westminster. It has been asserted that the name originated from a settlement of French refugees after the revocation of the Edict of Nantes in 1685, but the name is much older and was most likely derived from a habitation of French wool merchants who came for purposes of trade.

There was a district nearby known as Petty Calais where the wool-staplers principally resided. The Merchants of the Staple was an English company incorporated by Royal Charter in 1319 which controlled the export of wool to the Continent during the late medieval period. The staple was first fixed at Antwerp, then successively moved between Bruges, Brussels, and Louvain. In 1353 the staple was fixed at Westminster which drew so much business it was raised to the dignity of a town.