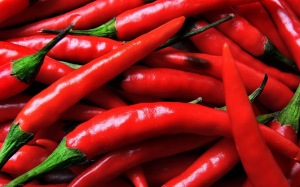 Merchant Thomas Romeyn may have been of Flemish descent. He made a remarkable career in London’s governing mercantile class. He became a citizen before 1280, was elected sheriff in 1290, alderman in 1294, and mayor in 1309. In 1285, Edward I had forced London authorities to admit aliens of good repute to its citizenship. In the early 1280s, Romeyn first appears in the records as a citizen purchasing a shop in the pepperers’ trading quarter of Soper’s Lane, Cheapside. He sold spices, cloth and furs to members of the nobility. He also invested in property. In 1292 he was one of London’s top taxpayers. In the previous year he served as sheriff with another pepperer, William Layer. Their election as aldermen during that decade symbolised the socio-economic advancement of the pepperers, which had been achieved through their co-operation with Italian and Provençal traders who imported their goods and gave them credit.

The Guild of Pepperers was formed in 1180. Pepperers subsequently became wholesale merchants dealing en gros (hence the word ‘grocer’) and in 1428 were incorporated as the Worshipful Company of Grocers. However, some sections of the London population resented the success of immigrants and, as the economy slumped in the later 1290s, the aldermen had to deal with violent protests and riots. Romeyn and his wife, Julia or Juliana, suffered from one such attack in their house in 1298. As Mayor of London in 1309/10, Romeyn skilfully balanced the grievances of the local population against the interests of the alien merchants in the city. He died in March 1313.