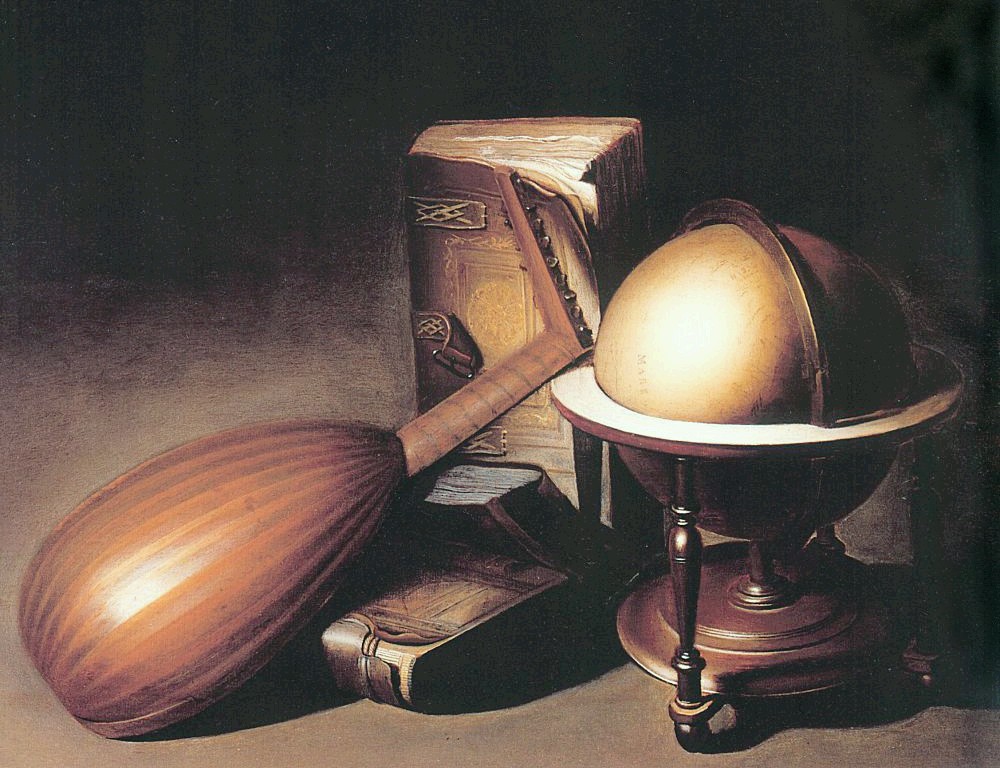 The Renaissance held music in high regard. It played a prominent part in religious, court and civic life. The interchange of ideas in Europe through ever closer economic and political contact brought about the creation of new musical genres, the development of instruments, and the advancement of specialist printing. By about 1500, Franco-Flemish composers dominated the domain. Most prestigious among them was Josquin des Prez who, like fellow artists at the time, travelled widely. The intensity of international encounters led to stylistic developments that have been qualified as truly European. By the beginning of the sixteenth century Antwerp had developed into an international hub of musical activity. The important initiatives were undertaken by the church. Antwerp Cathedral employed twelve choristers who lived in a private house where they received instruction from a singing master. At the beginning of the century this office was held by Jacob Obrecht, famous for his polyphonic compositions. His prolific output consists of some twenty-six masses, thirty-two motets, and thirty secular pieces, not all texted. Antwerp also employed a company of fiddlers for both secular and ecclesiastical performances. Musicians from all over Europe chose Antwerp as their home, amongst them a number of English composers. 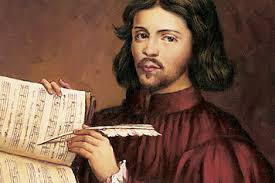 Peter Philips had moved to the Continent as a refugee. He was one of many Catholic musicians who left England for Flanders. A prolific composer of sacred choral music, he was made organist to the Chapel of Archduke Albrecht in Antwerp. In 1593, he travelled from the Southern Netherlands to Amsterdam to ‘see and heare an excellent man of his faculties’. The man he referred to was Jan Pieterszoon Sweelinck, a composer and organist known as the ‘Orpheus of Amsterdam’. The latter had converted to Calvinism in 1578, but remained sympathetic to his old faith. Another refugee in Flanders was Hereford-born John Bull. Appointed chief musician to Prince Henry in 1611, he furtively disappeared to Flanders after the death of his patron in November 1612. Bull later explained his flight because of the accusation of Catholic sympathies made against him. He moved to Brussels where he was employed as one of the organists in the Chapel of Archduke Albrecht VII, sovereign of the Habsburg Netherlands. From September 1615, he held the post of organist of Antwerp Cathedral. In December 1617 he acted as city organist at ‘s Hertogenbosch. Bull’s reputation rests mainly on his keyboard music. The composition of God Save the Queen has been attributed to him.

Antwerp was renowned for its printing. Originally, all music was notated by hand. Manuscripts were costly and owned exclusively by religious orders, courts, or wealthy households. That all changed in 1501 when Venetian printer Ottaviano Petrucci published Harmonice musices odhecation, the first significant anthology of (100) polyphonic secular songs. The availability of notation in print boosted the development of instrumental music for both soloists and ensembles, and engendered the creation of new genres. In Flanders, Tielman Susato was the first printer to gain esteem for producing music books. Nothing is known about the date or place of his birth – he may have been Dutch or German. Details about his activities begin in 1529 when he was working as a calligrapher for Antwerp Cathedral. He also played the trumpet and was listed as a ‘town player’ in the city. In 1541, he created the first music printing company in the Low Countries which he combined with selling musical instruments from his home. During a prolific publishing career he was responsible for twenty-five books of chansons, three books of masses, and nineteen books of motets. The indefatigable Christopher Plantin was also active in printing music and produced some of the finest choir-books of his day. From the 1570s onwards, the Bellerus and Phalesius families were leading printing houses within the domain. The whole contemporary repertoire was made available by Antwerp presses: vernacular song books and psalms as well as polyphonic secular and religious music. Composers from all over Europe had their work printed in this, the most musical of all cities at the time. 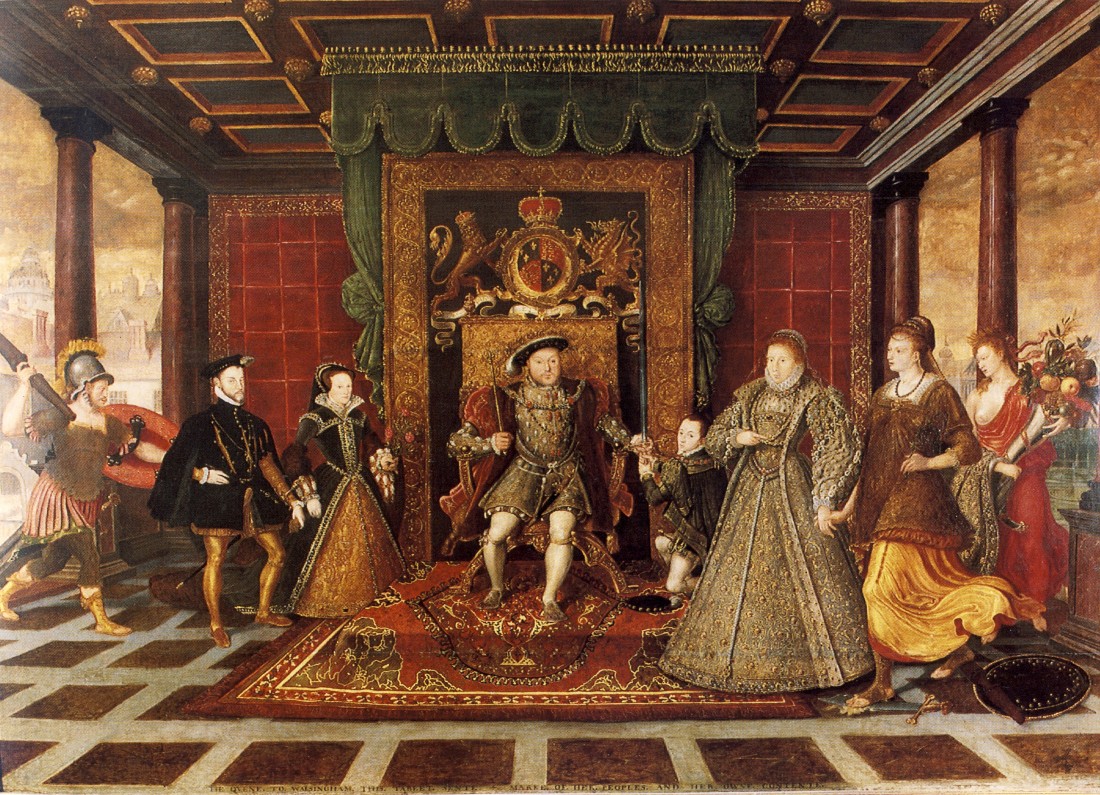 Flourishing musical life in Antwerp and Brussels did not go unnoticed at the Palace of Westminster. Henry VIII himself had received a thorough musical education and was a dedicated patron of the arts. He was accomplished at the lute, organ, and virginals and, apparently, sang as well. Henry recruited the best musicians to join his court. A number of Flemish musicians figured amongst the many Europeans that were attracted to take part in music making in and around London. Dyricke Gérarde [Derrick Gerarde] arrived in England in 1544. Little is known of his life, but almost his entire musical output is contained in manuscript at the British Library. These manuscripts constitute one of the largest collections of polyphony by a single composer to have survived from the Elizabethan era. His achievement however was overshadowed by the reputation of a Flemish composer who had arrived in in the capital some two decades previously.

Lutenist Philip van Wilder was first recorded as a resident in London in 1522. By 1529 he was a member of the Privy Chamber, the select group of musicians who played to the king in private. During the second quarter of the sixteenth century Van Wilder oversaw secular music-making at the court, a position that brought him close to Henry VIII. He taught playing the lute to Princess (later Queen) Mary and subsequently to Prince Edward (later Edward VI). At the time of Henry VIII’s death in 1547 Van Wilder was Keeper of the Instruments and effectively head of the instrumental musical establishment at Westminster, a post later known as Master of the King’s Music. The upkeep of the Royal instruments at Westminster was a heavy duty. The scope of that task becomes clear from the inventory of Henry’s possessions at his death, listing thirteen organs, nineteen other keyboard instruments (virginals and clavichords), and several hundred smaller wind and string instruments including viols, lutes, and recorders.

Van Wilder continued to enjoy Royal favour during the reign of Edward VI. He was granted a coat of arms and crest and, in 1551, authorized to recruit boy singers for the Chapel Royal from anywhere in England. Three years after his death in February 1554 an anonymous tribute was paid to the musician and printed by Richard Tottel in his collection of Songes and Sonettes (1557), commonly known as ‘Tottel’s Miscellany’, containing the following line:

Laye downe your lutes and let your gitterns rest.
Phillips is dead whose like you can not finde,
Of musicke much exceeding all the rest.

In an age of wandering artists and scholars, the Renaissance was an internationalist movement united by a common (Latin) language. Its civic life teaches our age the salutary lesson that a nationalist message is one of disengagement. The appeal to nativist emotions conceals the yearning for a flawless world that never was or will be. The cultural strength of a country manifests itself in participation – that is, in the openness of borders, the assimilation of non-native concepts, and the embracing of external influences. It takes a cosmopolitan mind to be a patriot.