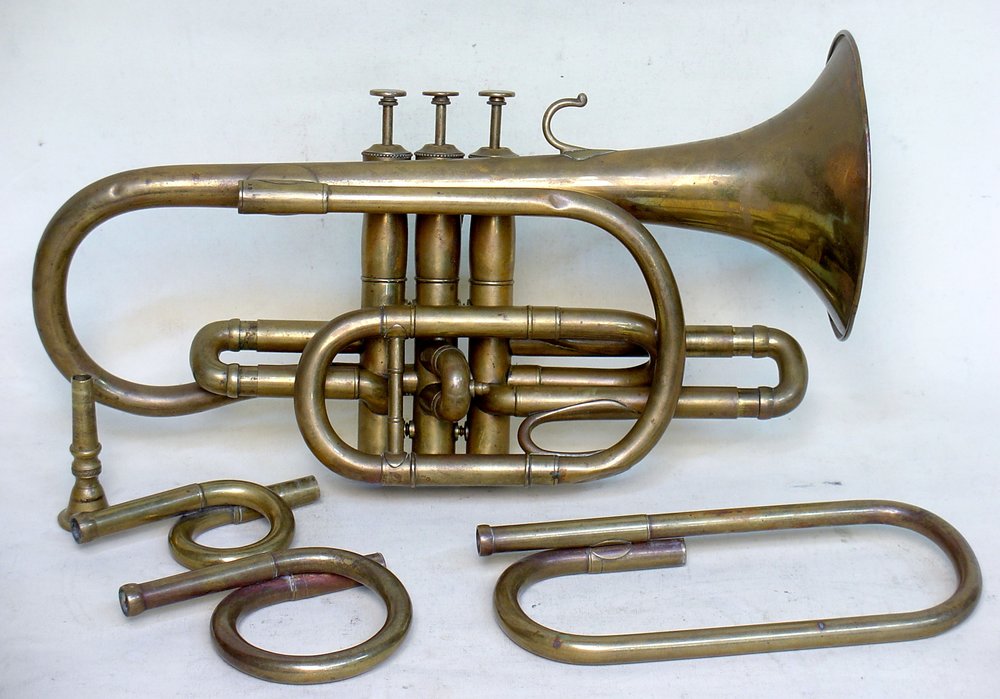 Brass instrument maker Gustave Auguste Besson was born in Paris in 1820. At the age of eighteen he produced a revolutionary design of cornet which surpassed all contemporary models. He formed the Besson Company in 1837 and his products quickly gained a great reputation throughout Europe. 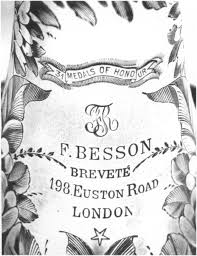 In 1857, he moved to London where he built a large factory at no. 158 Euston Road. Following Besson’s death in 1874, the company changed its name, becoming Fontaine-Besson in 1880 in France, and Besson in England. At the end of the nineteenth century (1894), the Besson factory of London employed 131 workers, producing some hundred brass instruments a week. In 1968, the group Boosey & Hawkes acquired the Besson London brand. As a consequence, Besson cornets, horns, trombones, tubas and other instruments are still made today. The Boosey family was of Franco-Flemish origin. The company traces its roots back to John Boosey, a bookseller in London in the 1760s and 1770s. His son Thomas continued the business at no. 4 Old Bond Street.