In the London geography of migration Soho played a central part. Its population has always been heterogeneous. Originally an undisturbed area of rural grassland and fields, once urbanised Soho attracted waves of immigrants who tended to congregate together with their compatriots in close-knit ethnic enclaves. Greek Street is just one reminder of the many people (escaping Ottoman persecution) who were forced to make London their new home. Soho’s Frenchness since the arrival of large numbers of Huguenot refugees has been well documented. Until the 1950s, the area took its character mainly from French immigrants. They had their own school in Lisle Street, a hospital and dispensary on Shaftesbury Avenue, a number of churches, and an abundance of restaurants, cafés, boucheries, boulangeries, patisseries, chocolateries, and fromageries. The signs were in French and so was the language between staff and customers.

Daniel Nicholas Thévenon was born in 1833 in Burgundy where he started his career as a coach-builder. In 1854 he married Célestine Lacoste and in the mid-1850s they bought a wine shop from a relative.  The business did not succeed. Facing bankruptcy, the couple fled France for London in October 1863.  He assumed the name of Daniel Nicols. Lodging in Soho, he took on odd jobs while his wife worked as a seamstress. By 1865 they took over an oilcloth shop at no. 19 Glasshouse Street, turning it into Café Restaurant Nicols.  Having enlarged the premises in 1867, they renamed it the Café Royal. After the Franco-Prussian war of 1870/1, many French political refugees settled in or near Soho, and congregated at the Café Royal. Nicols invited his nephew Eugène Lacoste to stock the wine cellar. He laid down London’s finest collection of vintage wines and brandy. The decoration of the café with mirrors, crimson velvet and gilt, evoked the atmosphere of the Paris of the Second Empire. Georges Pigache, a lace maker and political Bonapartist living in London, designed the iconic emblem for the Café Royal with the French imperial crown and the letter N (for Nicols, but also for Napoleon). The sign was displayed on all the glass, china, napkins, and menus. Increasingly, the café attracted a bohemian clientele. Calling themselves the Café-Royalistes, artists such as James McNeill Whistler, Augustus John, and Auguste Rodin met here. During the early 1890s the café was frequented by Oscar Wilde and his circle of friends. By 1892 it was advertising itself as ‘the largest, most brilliant, and best known Anglo-French café in the world’. 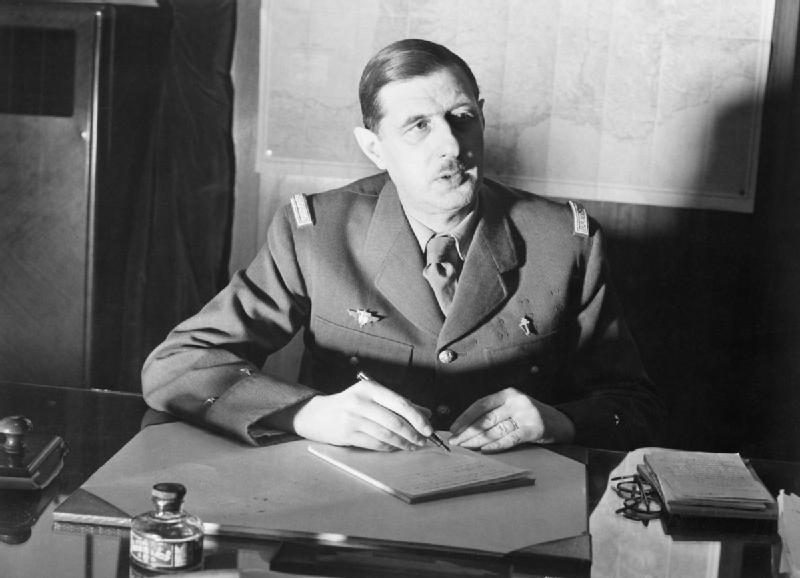 Victor Aimé Berlemont ran the Restaurant Européen in Dean Street, Soho. At the outbreak of World War I he bought the pub next door from a German owner who feared internment. By then he was the only foreign landlord left in London. The Berlemont family was in fact Belgian, though it suited them to allow people to think that they were French. The pub, renamed Victor Berlemont until Watneys acquired the freehold after the war and, typically, came up with the boring name York Minster, was universally known as the French pub, or simply ‘The French’. In the 1920s its clientele included singer Edith Piaf, boxer Georges Carpentier, and many ladies of the night (known as Fifis). During World War II the pub a gathering place for the Free French forces and proved to be a valuable centre for communication, as Berlemont kept an unofficial register of the French who passed through London. Whisky could be obtained only under the counter, with a request for ‘vin blanc écossais’. The story that Charles de Gaulle wrote his appeal to resist the Nazis after a good lunch in the upstairs dining-room is a myth, but the General certainly visited the pub at least once. The visit was not a success. The English clients in the pub kept quiet and the Free French stood to attention, while De Gaulle drank a glass of wine.

Victor Berlemont died in 1951. His son Gaston continued the business. He had luxuriant handlebar moustaches and was extremely gallant to women. Beer was dispensed only in half-pint glasses, to discourage its consumption in favour of the more profitable wine that Gaston imported and bottled himself. Those who drank in the house included Dylan Thomas, who unconcernedly left behind the manuscript of Under Milk Wood one night, knowing it would still be there in the morning; Brendan Behan, who was said to have disgusted Gaston by eating his ‘boeuf bourguignon’ with both hands; Augustus John, Max Beerbohm, Nina Hamnet, and Stephen Spender. Later customers were a roll-call of bohemian Soho: Francis Bacon, Lucian Freud, Caroline Blackwood, the Bernard brothers, and many others. On 14 July 1989 Soho gathered on the pavement outside ‘The French’, not to celebrate the 200th anniversary of the fall of the Bastille, but to mark Gaston’s retirement, aged seventy-five. 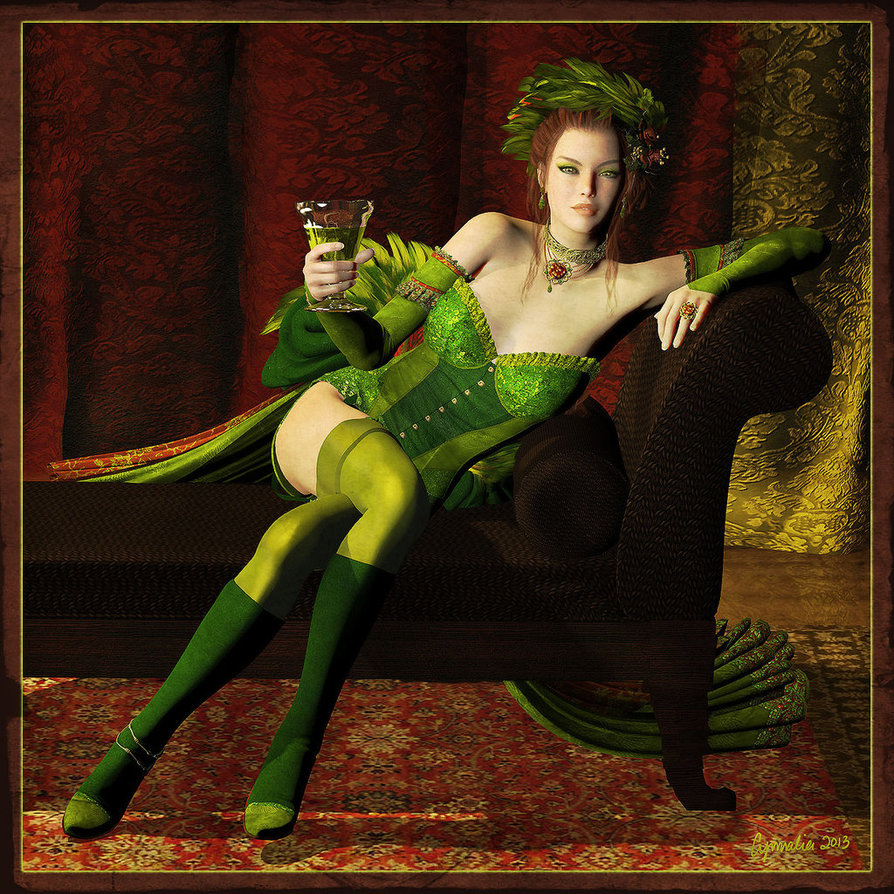 The bar in ‘The French’ boasted a superb water urn with twin taps that emitted a trickle of water for pastis or for the absinthe that Gaston was said to keep for his regular Soho Francophiles. From the mid-nineteenth century onwards absinthe had become associated with bohemian Paris. It featured frequently in paintings by such artists as Manet, Van Gogh and Picasso. They drank it in large quantities, joined by such poets as Charles Baudelaire and Paul Verlaine. Spurred on by an odd but vocal alliance of social conservatives, prohibitionists, and winemakers’ associations, the consumption of absinthe became associated with social disorder and degeneration. In 1905, Swiss farmer Jean Lanfray murdered his wife in a drunken rage. His trial became known as the ‘Absinthe Murder’. After a referendum in July 1908, the drink was banned from Switzerland. Belgium (1906), The Netherlands (1909) and the United States (1912) followed the Swiss example. France held out until 1914 (the same year that Pablo Picasso created his cubist sculpture Le verre d’absinthe). Britain never banned absinthe. The reason is clear. The drink was only enjoyed by a tiny number of people (mainly artists) whose spiritual home was Paris rather than London. One of those ‘absintheurs’ was George Orwell. Having arrived in Paris in 1928, he soon learned to dance with the Green Fairy (a lively description of the drinking habit in Paris can be found in chapter seventeen of Down and Out in London and Paris). He brought his liking for absinthe back to London. Bateman Street is a short stroll away from Dean Street and home to a tavern named The Dog and Duck. It was here that the landlord had ‘mysteriously acquired a cache of real absinthe’, and although sugar was rationed, he allowed Orwell and his friends to drink it the traditional way, with water that dripped slowly on to it through a sugar cube. 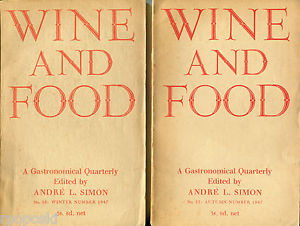 London owes a great deal of gratitude to French immigrants. They taught beer-drinking England the delights of wine, champagne and brandy. They were connoisseurs and educators. Paris-born André Louis Simon deserves a statue. In 1899 he began an apprenticeship with the champagne house of Pommery & Greno (Rheims) and was sent to London in 1902 to become the firm’s agent. In 1905 he published the first of more than 100 books and pamphlets entitled The History of the Champagne Trade in England, followed by his substantial History of the Wine Trade in England (1906/9) in three volumes. He was a co-founder of the Wine Trade Club in 1908. In 1919 he issued the delightful Bibliotheca vinaria, a catalogue of books he had collected for the Club. Simon believed that ‘a man dies too young if he leaves any wine in his cellar’, and in keeping with that philosophy, only two magnums of claret remained in his basement when he died at the age of ninety-three.